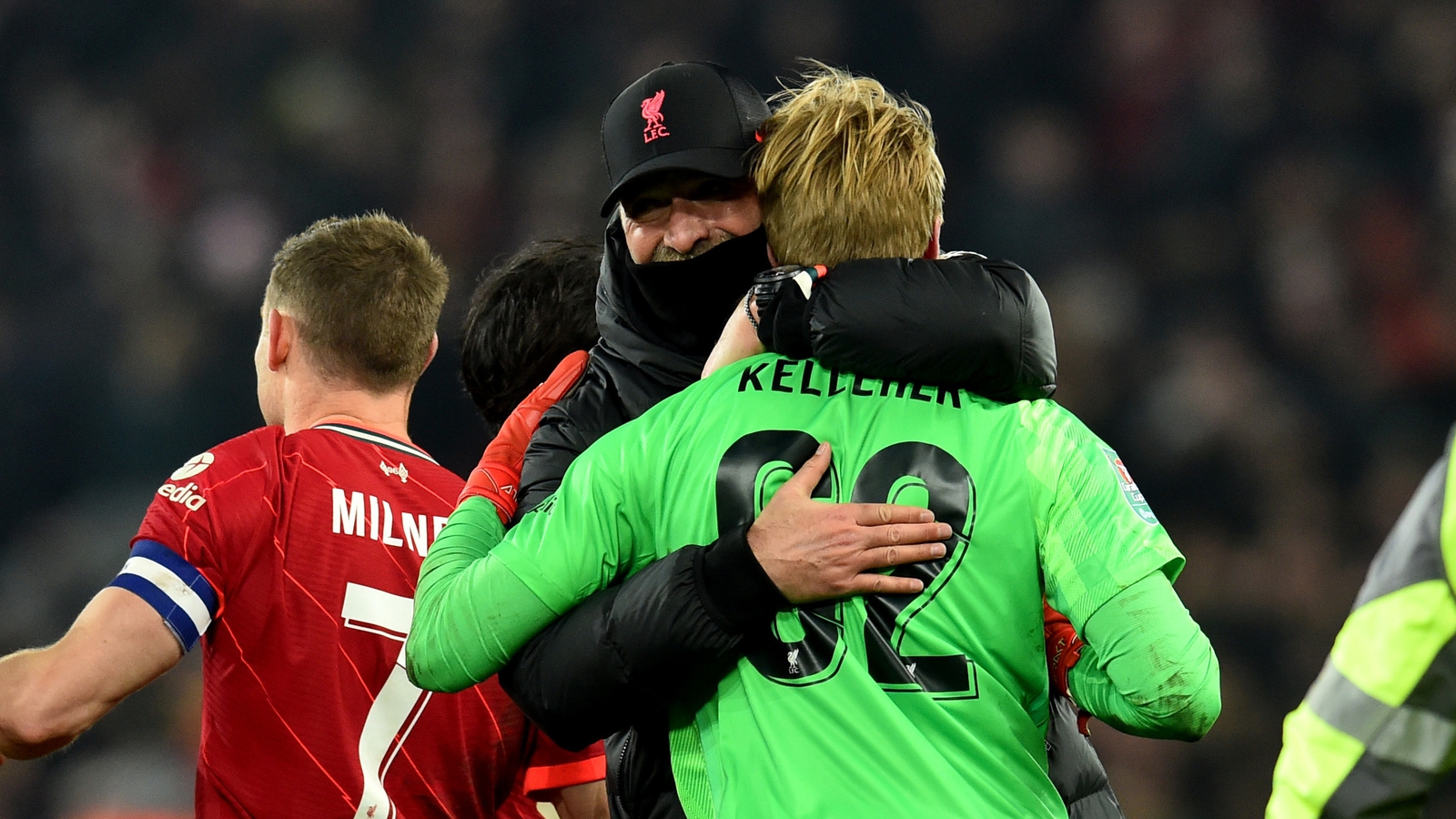 We have no intention of sending Kelleher out on loan

Liverpool manager Jurgen Klopp has confirmed the club have no intention of sending Coaimhin Kelleher out on loan following the Cork goalkeeper’s pivotal role in their Carabao Cup win over Chelsea.

Second-choice keeper Kelleher was the hero at Wembley by scoring the winning penalty.
He will be removed from the spotlight for visiting Norwich in the FA Cup fifth round after a grueling 120 minutes against Chelsea, with the arrival of first-choice Alisson Becker.

However, the longer term plan is to keep the 23-year-old Ireland international so he can continue to learn from his team-mate.

“There is absolutely no intention to sell him or anything like that or give him a loan. Not at all,” Klopp added.

“We need a strong number two. Winning a trophy, will that help? You will have to ask Caoimh about that.

“But he has a long-term contract here and we have a long-term plan with him, but of course we also want to help the boy become the best version of himself.

“Maybe there will be a year when he has to go on loan, I’m not sure it will be next year or maybe a year later.

“But you need the quality we have here and we’re getting weaker if he wants to go somewhere.”

Liverpool manager Jurgen Klopp believes cutting-edge neuroscience helped his side win the Carabao Cup and will continue to play a role as they chase an unprecedented treble.

A record ninth League Cup was won at Wembley after 120 goalless minutes resolved with an 11-10 penalty shootout win.

Klopp hired the services of German company neuro11 a few years ago to implement his mental toughness training methods within his squad.

The Reds boss called his side ‘monsters of mentality’ during their epic title fight with Manchester City in 2018-19, when they missed out on the crown by a point despite scoring a record 97 points for second place.

But he used science to back up his claim, with neuro11 now working regularly with the team to improve their mindset at all set pieces, not just penalties.

“An incredible impact,” Klopp said when asked what effect they had.

“They are an integral part of our coaching staff. They are not here all the time, they are in Germany obviously but they come quite frequently.

“All the players are really excited about it and it’s about getting specific players before a free kick in the right frame of mind by doing what we do on the pitch.

“It’s all measured, they’re neuroscientists and that’s incredibly interesting and incredibly important to us.

“It’s a very interesting new chapter for us because it’s not just about penalties, although last week it was a lot of penalties because of the upcoming final. is about free kicks, all kinds of set pieces as well.

“It’s about the confidence they’ve given the boys that they can really do it and I’m really happy about that.”

Apply for a Federal Mortgage 2022