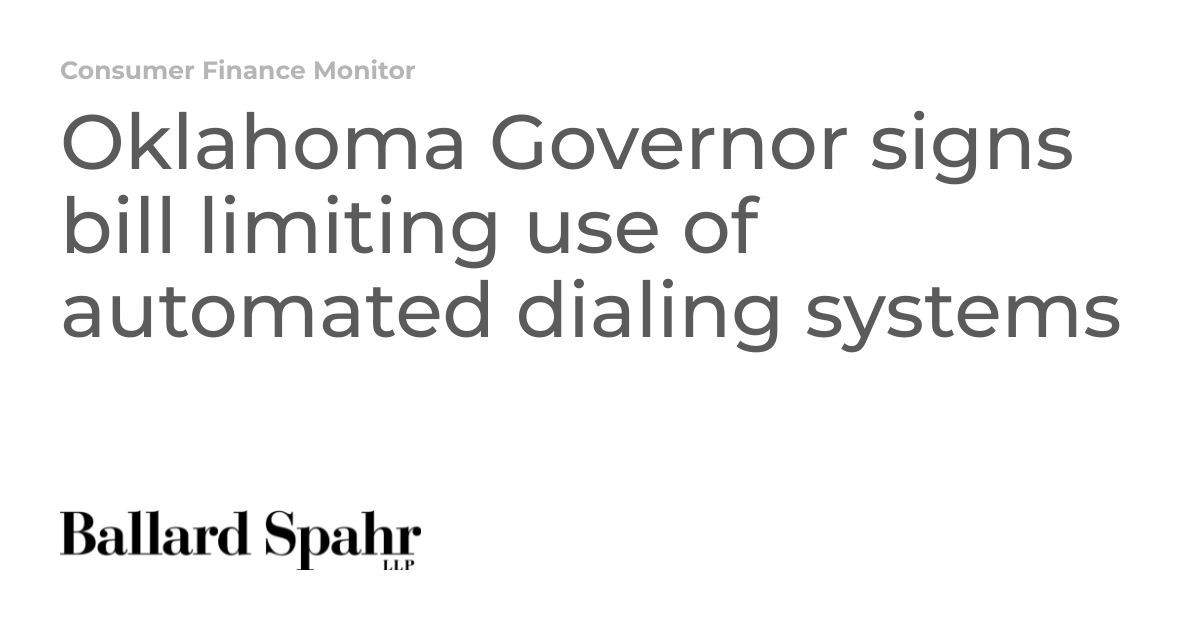 On May 20, Oklahoma Governor Kevin Stitt signed the law Bill No. 3168 which imposes new limits on the use of automatic numbering systems. The new law, titled “Telephone Solicitation Act of 2022” (Act), comes into force on November 1, 2022.

The law prohibits the use of an “automated system” to make a “commercial telephone sales call” without the “prior express written consent” of the “called party”. Like Florida’s mini-version of the federal Telephone Consumer Protection Act (TCPA) that went into effect last July, the law applies to commercial telephone sales calls that involve “an automated for the selection or dialing of telephone numbers or the playback of a recorded message when a connection is established with a called number. Thus, the systems which may be qualified as an “automated system” for the purposes of the Act are not limited equipment that would qualify as an Automatic Telephone Dialing System (ATDS) under the TCPA.The TCPA defines an ATDS as “equipment that has the capability (A) of storing or producing telephone numbers to be called, using a random or sequential number generator; and (B) dial those numbers. Facebook v Duguidthe U.S. Supreme Court has ruled that automatic dialing technology is considered an ATDS only if it has the ability to store numbers “using a random or sequential number generator” or produce numbers “using a random or sequential number generator”.

The law follows Florida law in several additional ways, including:

The law creates a private right of action for breach and a called party can recover the greater of actual damages or $500, which can be tripled for willful or knowing breaches.